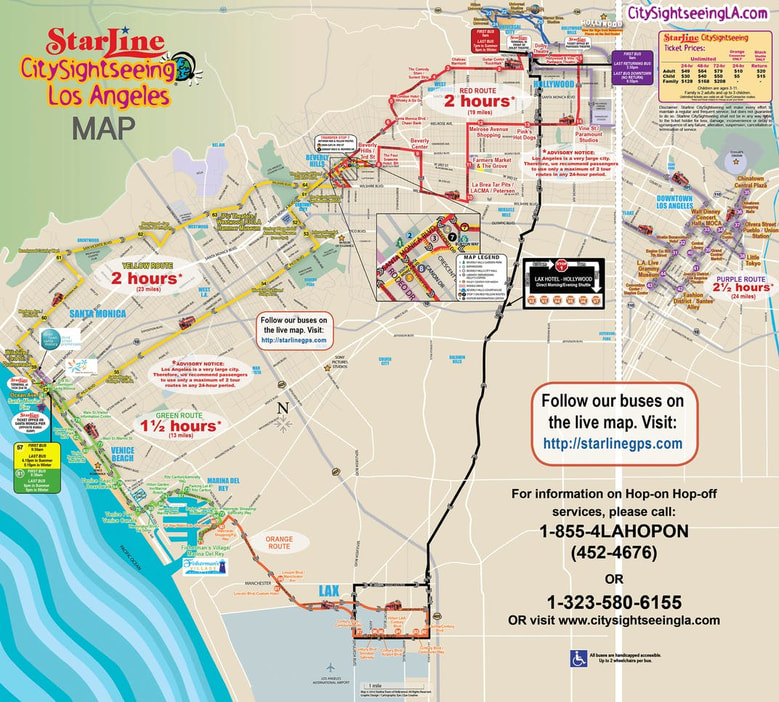 Enjoy the excitement of the City of Angels aboard the Starline Tours hop-on hop-off Los Angeles bus! Starline Tours' Hop-On Hop-Off Los Angeles buses showcase the very best the city has to offer, from the historic and revitalized downtown core to the stunning coastal landscapes and legendary beaches of Santa Monica. We offer 24-hour, 48-hour and 72-hour passes, giving you the freedom and flexibility to see the city on your own schedule while enjoying the comfort and convenience of our open-air double-decker bus service.

Our Hop-On Hop-Off Los Angeles sightseeing bus service is easy and fun to use. After purchasing your pass, simply board the bus at any of our 70 stops and enjoy the ride until you reach a part of the city you would like to see in more detail. Then, you’re free to disembark and explore at your leisure before re-boarding and continuing the tour. Our brochure provides a detailed timetable and bus schedule, helping you plan your day with ease and accuracy.

While you’re on board, you’ll learn about the many marvels of Los Angeles with the help of our pre-recorded tour narration. Service is offered in a total of nine languages, including English, Spanish, Portuguese, Chinese, Japanese, Korean, German, French and Italian.

From nearly 1,000 feet above the city in the iconic US Bank Tower, OUE Skyspace LA is the premiere destination for panoramic, 360-degree views of Los Angeles.


​Hop On Hop Off Winter Schedule: